With the advent of festivities in several cultures in India, one can feel the pulse of the environment change. The restaurants, homes, and streets are brightly lit and designed with colourful decorations for Diwali, Dussehra and what not. Friends, family, and neighbours gear up to host lavish parties with music, dance, and dinners with extensive menus. Although preparing a wide range of delicacies for your loved ones is a thrilling idea, it is undoubtedly challenging.

Certain hallmark festive dishes such as laddoo, gujiya, and puran poli are crowd favourites yet take a lot of effort and time to make when prepared manually in traditional methods.

Luckily, now with Rotimatic there is a way to make the best of your celebrations without exhausting yourself with kitchen duties. Check out these mouth watering Rotimatic delicacies, shared by our very own rockstar Rotimatic Owners’ Community.

With Rotimatic, cooking these popular festive delights are a breeze!

Sweet crispy fried flour cubes enjoyed as a snack which is a favourite of the Maharashtra region In India. 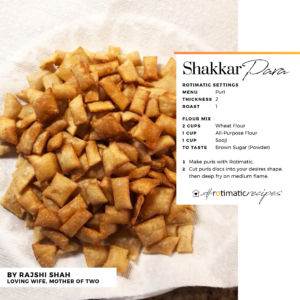 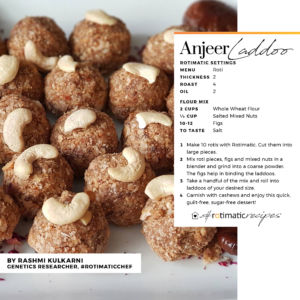 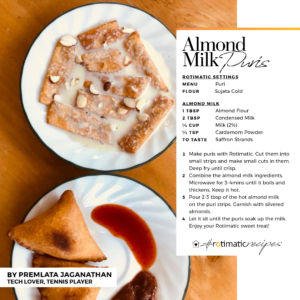 Pudding garnished with dried rose petals, that is great to boost immunity levels 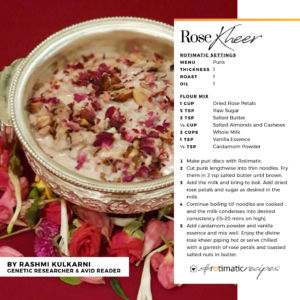 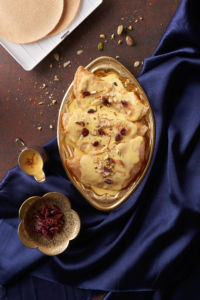 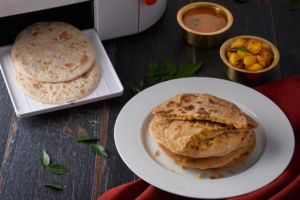 Sweetened flour dessert dunked in a glossy pool of jaggery syrup. It stands out for the distinct flavour and colour of the sweetener used in the dish 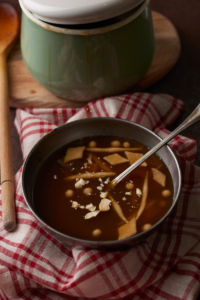 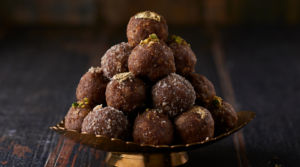 A crispy dessert from Andhra Pradesh, it is made with refined flour, sugar, and mouthwatering fillings. It is defined by its ghee-fried layered dough 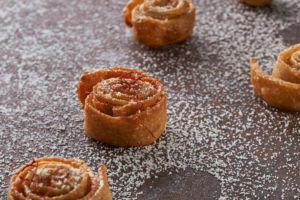 These deep fried pastries or dessert dumplings are stuffed with khoya (milk solids) and dried fruits. The shell of this dumpling is made using maida (all-purpose-flour) or semolina. 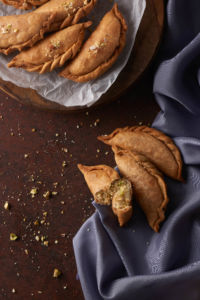 Get Hands On Your Favourite Roti Chips & Salsa Recipe 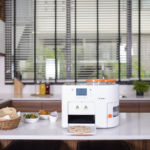