Domestic work has been the responsibility shouldered by women for centuries without pay, but things could change with greater participation of men in this area.

Memories from childhood, for most of us, are often built around the wholesome meals our families would come together to enjoy. Be it special occasions or the daily breakfast, these delectable dishes were primarily prepared by our mothers or grandmothers. Certain recipes are even passed down through generations and are identifiable by the label “grandma’s special casserole” or something similar. Although we relish the spread, given a closer look the biased woven into this allocation of responsibility is clear – kitchen duties are traditionally feminized. This labour, however, goes unrecognized, and, therefore, unpaid. We agree that change is coming, albeit at snail pace through government policies and technological innovations such as the advent of smart kitchens, a discussion on the current state of affairs is important.

Let’s start with the idea of unpaid care work…

That fundamental characteristic of unpaid care work is that it is not directly remunerated. Ideally, any work of this nature should be included in the calculation of GDP. For instance, calculations that were done but feminist economists and statisticians in Argentina give is a figure of 7% of GDP, and in a less developed country like Tanzania, it was seen to be an even higher figure, about 63%. If the unpaid care work done in Switzerland were to be valued and added to the GDP, it would be almost as big as the banking and insurance industry of the wealthy European nation. The problem peaks in India, a country of 1.3 billion people, where the work contributed by 49% of the population goes unaccounted for, giving a hard blow to the GDP. Women here dedicate about 352 minutes into domestic work every day – a number comparatively massive to the 51.8 put in by men. 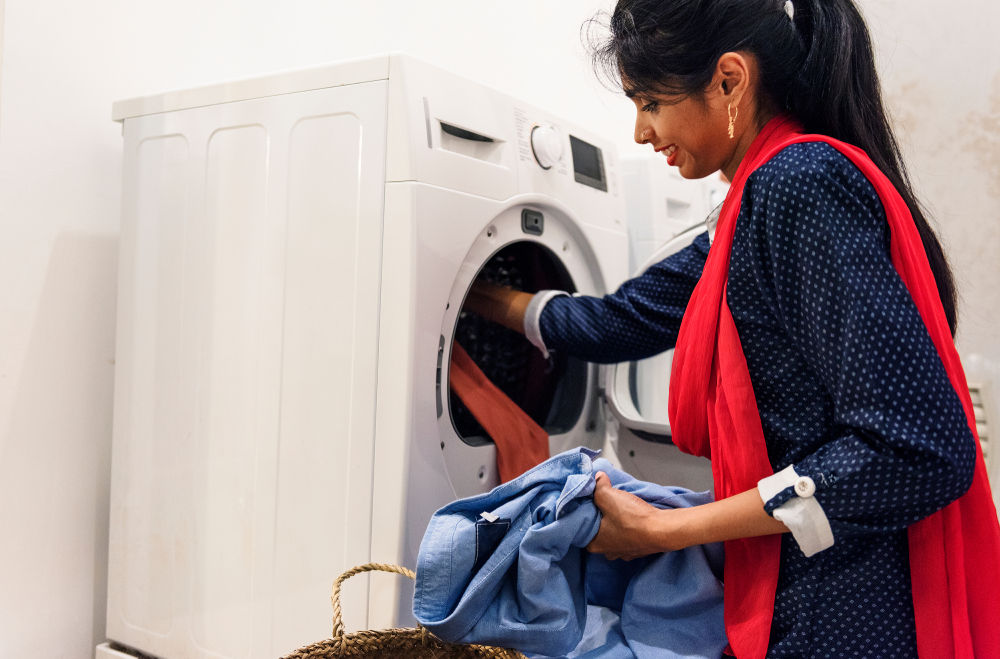 Why doesn’t this labor make it to the GDP?

From a utilitarian point of view, domestic work doesn’t generate products and services for market consumption. Citing this logic, economists sideline a large chunk of the service done by women and exclude it from the GDP and employment metrics in general. Despite this, the significance of unpaid care, which can be described as the work done to create an environment conducive to building up a person’s capabilities, is immense remains unaltered.

“While much of this imbalance is explained by the discrepancy in care-giving and unpaid work, institutional and policy inertia, outdated organizational structures and discrimination, one additional explanatory factor is the skills differentials in the types of degrees women and men seek out in their education,” says the World Economic Forum (WEF).

Accepting domestic chores as formal work has more than one benefit:

First of all, such a move would boost the GDP of a country. Let’s take the case of India for example. According to a report released by the International Monetary Fund, the GDP of the country could grow by 27% if women’s participation in the economy were to be raised to that of men.

Secondly, it would redefine how we currently understand labor. The exchange rate of any service on the market would not be the only determinant of the value of labor which should ideally include the effort invested in maintaining unity and functionality of families and communities.

Lastly, viewing domestic work such as kitchen duties as accountable labor will entitle women to at least some extent of parity where time and energy are concerned. Empowerment would be the final goal.

Consequences of not rewarding care work

Data shows that almost 75% of all unpaid care work is carried out by women and girls. This unequal distribution between men and women penalizes women by taking away opportunities of pursuing a full-time job from them. A decent wage, being able to accumulate a pension and access to the benefits that come with formal sector employment is thus out of their reach.

Policies and technological innovations could lessen this disparity

Redistributing care is critical and it involves rethinking and redoing our social relationships. States can make progress by ensuring good quality public services, and child care services. Also, you have to change your expectations and social norms so that women and men can share those responsibilities more equally.

Just like dedicated policies introduced by governments, the private sector is also doing its bit to increase the participation of men in executing household chores such as cooking. The concept of intelligent kitchens that incorporate automated appliances is catching on with the promise of making kitchen work less cumbersome. Robots are simplifying cooking methods down to the fundamental food stable. Zimplistic, for example, has introduced Rotimatic, a compact robot that saves time and effort taken to make simple flour and water flatbreads, an accompaniment consumed by millions regularly. It market success speaks a lot about the demand for electronics that can make life easier and render free time more accessible to pursue other interests.

So with more laws and high-tech solutions, we can increase the social expectation that more can be done to redistribute the work and not just say this is a private matter for families to deal with.

The post Is It Possible To Reverse The Phenomenon Of Unpaid Labour By Women? appeared first on Rotimatic.